A Valentine Story – “The Girl with the Rose” 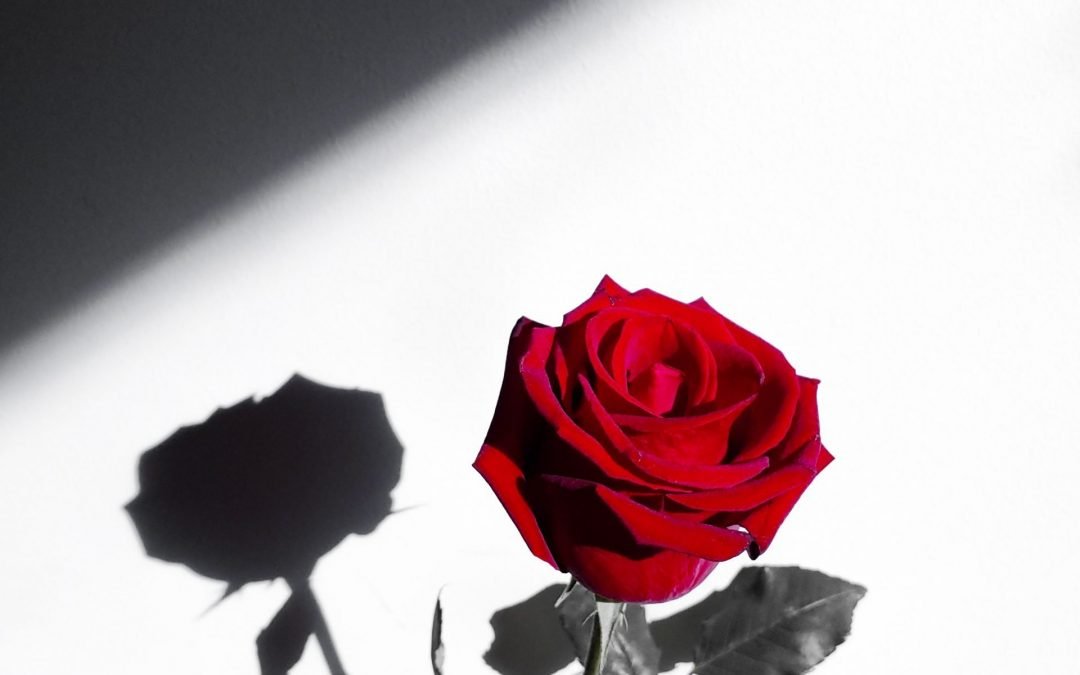 Dear Friends,
As we approach the one year mark fighting this pandemic in
our communities and across the world, my heart and
thoughts are turned to those we have loved and lost in death
this last year. I also am reminded of the many first
responders, care givers, doctors and nurses who work behind
the scenes tirelessly, that are nameless to many of us, some we have never met or even seen, yet we
are blessed benefactors of their gracious work, which I for one am so grateful for.
This month I include this short Valentine story which shares a timely message of character and how and
who we truly love.
A Valentine Story – “The Girl with the Rose”
John Blanchard stood up from the bench, straightened his Army uniform, and studied the crowd of
people making their way through Grand Central Station. He looked for the girl whose heart he knew,
but whose face he didn’t, the girl with the rose.
His interest in her had begun thirteen months before in a Florida library. Taking a book off the shelf he
found himself intrigued, not with the words of the book, but with the notes penciled in the margin. The
soft handwriting reflected a thoughtful soul and insightful mind. In the front of the book, he discovered
the previous owners name, Miss Hollis Maynell. With time and effort he located her address. She lived
in New York City. He wrote her a letter introducing himself and inviting her to correspond.
The next day he was shipped overseas for service in World War II. During the next year and one month
the two grew to know each other through the mail. Each letter was a seed falling on a fertile heart. A
romance was budding. Blanchard requested a photograph, but she refused. She felt that if he really
cared, it wouldn’t matter what she looked like.
When the day finally came for him to return from Europe, they scheduled their first meeting – 7:00pm
at the Grand Central Station in New York. “You’ll recognize me,” she wrote, “by the red rose I’ll be
wearing on my lapel.” So at 7:00 he was in the station looking for a girl whose heart he loved, but
whose face he’d never seen.
I’ll let Mr. Blanchard tell you in his own words what happened:
A young woman was coming toward me, her figure long and slim. Her blonde hair lay back in curls from
her delicate ears; her eyes were blue as flowers. Her lips and chin had a gentle firmness, and in her pale
green suit she was like springtime come alive. I started toward her, entirely forgetting to notice that she
was not wearing a rose. As I moved, a small, provocative smile curved her lips. “Going my way, sailor?”
she murmured.
Almost uncontrollably I made one step closer to her, and then I saw Hollis Maynell. She was standing
almost directly behind the girl. A woman well past 40, she had graying hair tucked under a worn hat.
She was more than plump, her thick-ankled feet thrust into low-heeled shoes. The girl in the green suit
was walking quickly away. I felt as though I was split in two, so keen was my desire to follow her, and
yet so deep was my longing for the woman whose spirit had truly companioned me and upheld my own.
And there she stood. Her pale, plump face was gentle and sensible; her gray eyes had a warm and
kindly twinkle. I did not hesitate.
My fingers gripped the small worn blue leather copy of the book that was to identify me to her. This
would not be love, but it would be something precious, something perhaps even better than love, a
friendship for which I had been and must ever be, grateful. I squared my shoulders and saluted and held
out the book to the woman, even though while I spoke I felt choked by the bitterness of my
disappointment.
“I’m Lieutenant John Blanchard, and you must be Miss Maynell. I am so glad you could meet me; may I
take you to dinner?”
The woman’s face broadened into a tolerant smile. “I don’t know what this is about, son,” she
answered, “but the young lady in the green suit who just went by, she begged me to wear this rose on
my coat. And she said if you were to ask me out to dinner, I should go and tell you that she is waiting for
you in the big restaurant across the street. She said it was some kind of test!”
It’s not difficult to understand and admire Miss Maynell’s wisdom. The true nature of a heart is seen in
its response to the unattractive.
“Tell me whom you love,” Houssaye wrote, “And I will tell you who you are”.
Happy Valentines
Joel Carver,
Lighthouse Funeral and Cremation