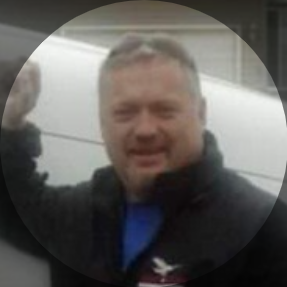 As a child, and one of nine siblings, Jeff was the crazy, fun-loving one who was always looking for the next adventure.  He would try anything once, and many times these adventures would end up with him and/or his siblings in trouble of some sort.  Jeff enjoyed wrestling through his high school years and as a Senior in high school wrestled in the 98-pound class for the state tournament.  Immediately following high school, Jeff, along with his best friend Duane Froke, joined the U.S, Marine Corps.  He continued to serve his country for 8 years as a Diesel Mechanic.

Upon his discharge from the Marines, Jeff pursued his main career in life, over the road truck driving. Jeff was a free spirit.  As a truck driver, he was able to express that free spirit out on the open road.  His two sons, Keith and Anthony, spent time on the road with him as children and have followed in his footsteps as truck drivers as well.

Jeff enjoyed working on engines of any type and size.  He was an accomplished woodworker.  His creations brought him great pride and a sense of accomplishment.  He was a hard-working man and he loved his children, family and faith deeply and with his whole heart.

Jeff was preceded in death by his parents, Gaius and Sheila (Olson) Ausland.

Services for Jeff will be announced at a later date.