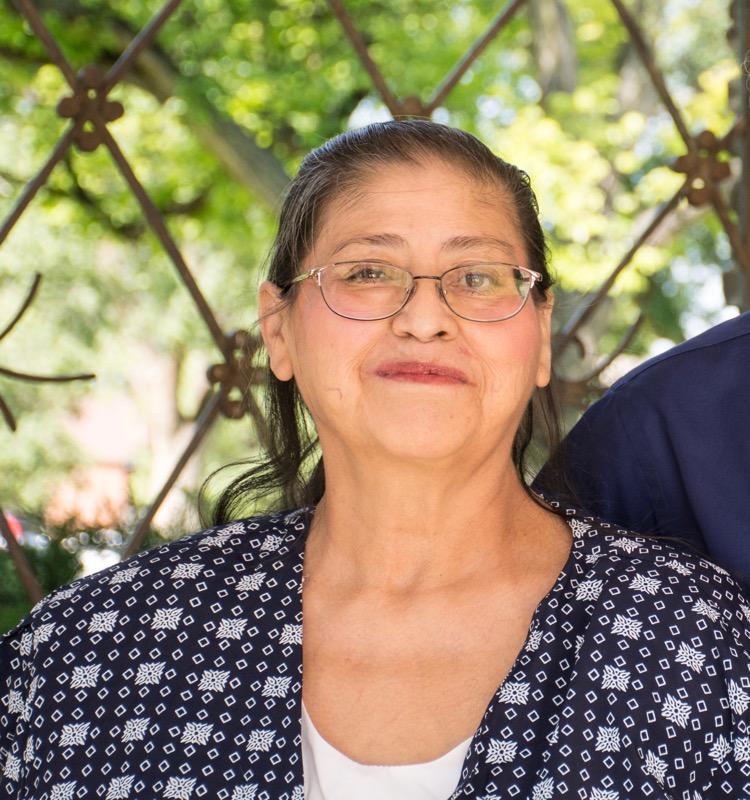 Dolores Moreno, 57, of Spearman, Texas, departed this life to be with Jesus on the morning of July 25, Dolores entered this life on March 13, 1964, in La Casita, Texas, born to the union of Guillermo and Aurora (Bazan) Vela.

She was raised in Waka, Texas, before moving to Spearman, where she lived the majority of her life. She married Jose Moreno on May 28, 1982. She and Jose moved to Amarillo to be close to their children and grandchildren. Throughout her life, she was a devoted and loving homemaker for her children and husband. She was a devoutly faithful woman, and attended St. Hyacinth Catholic Church in Amarillo.

Her faith was something she passed down to her children and grandchildren. After her children graduated high school, she began working at Gordon’s Pharmacy in the kitchen, and in customer service. She loved serving and getting to know the customers, who she befriended in no time. She spent her life selflessly helping others while expecting nothing in return. She cared for and gave her love to all as a loving wife, mother, sister, aunt, grandmother, and friend. In her off time, Dolores enjoyed singing, dancing with her love, cooking for all her friends and family, watching her grandchildren, and playing brainteaser games.

Dolores was preceded in death by her parents, Guillermo and Aurora Vela, and her brother Guillermo “William” Jr.

Those left to cherish her memory are her husband, Jose Luis of Amarillo; her children, Jose Luis Jr. and wife Christi, of Keller, Texas, Maribel Moreno, Jesus “Jesse” and fiancé Nicky, Gabriel and wife Nicole, all of Amarillo; her grandchildren, Emerson, Wyatt, Sevae, Charlee, Asher, and Hudson; her siblings, Barbara, Criselda, Bernarda, Ciria, Ted, Leticia, Maria, Teresa, and Maria Luisa; her godchildren, Reuben, Leti, Pati, and Vanessa. She is also survived by many cousins, several dear nieces and nephews, and a host of family and friends.