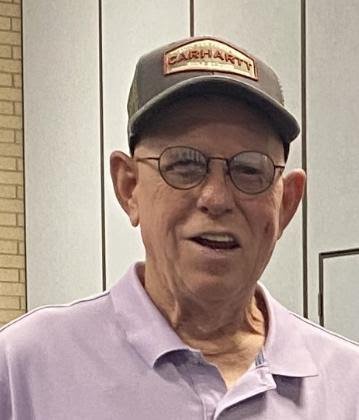 Douglas Gene Barclay,68, was called to his heavenly home surrounded by his wife and children on August 29, 2021 in Amarillo, Texas.

A Graveside Service will be held at 11:00 a.m. on Tuesday, August 31, 2021, at Llano Cemetery East.  Arrangements are under the care of  Lighthouse Funeral & Cremation Services.

Doug was born June 28, 1953 in Hereford, Texas to Ray and Betty (Valentine) Barclay.  He was a diesel mechanic for many years.  You could always find him working on a car or tractor.  Doug was a hard-working man who loved his family, and John Deere.

He was preceded in death by his parents, Ray and Betty Barclay, and his mother in law, Nadine White.

Those left to cherish his memory are the love of his life, Lisa, of 28 years; his three children,  Michelle Barclay of Lubbock, Larissa Newman and husband Charlie of Amarillo, Dustin Glick and wife Jonni of Amarillo; his brother Donald Barclay and wife Rebecca of Vega; his best bud Eric Wilhelm of Amarillo, and six grandchildren Kayla, Kinsey, Bryson, Beau, Lincoln, and Grant.