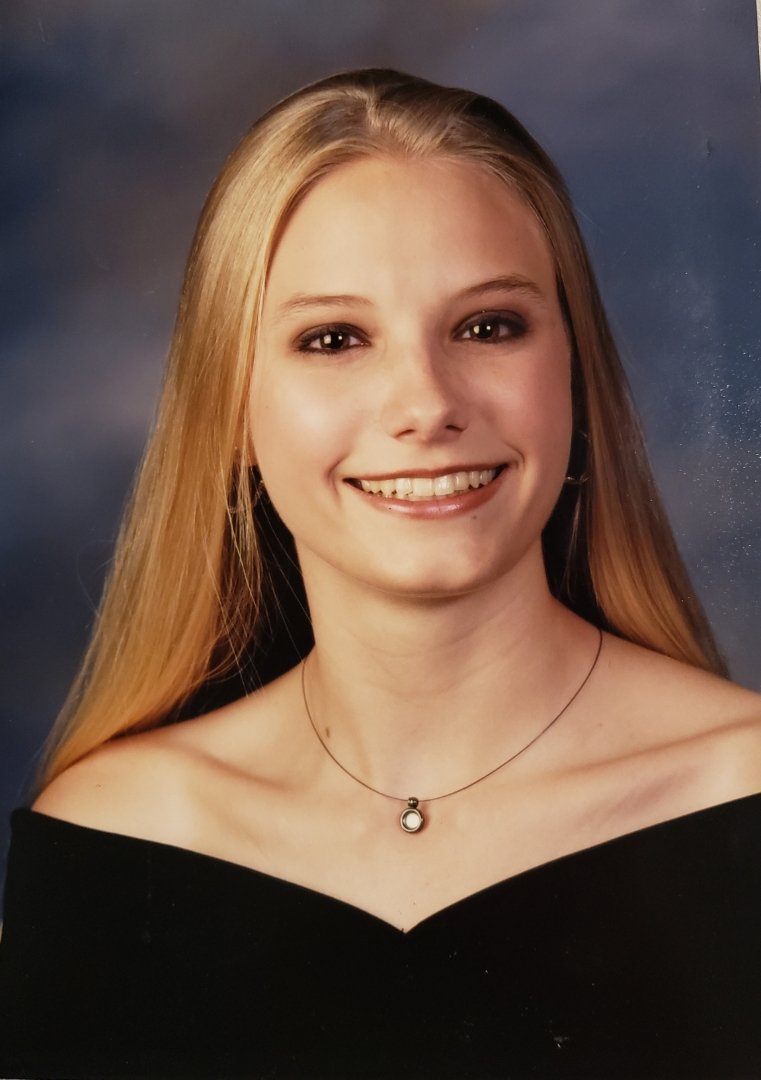 Emmie Lora Eisenhauer (Wrona) loved passionately and was loved by many. Emmie was born on May 4, 1982 in Urbana, Illinois and passed away at the age of 39, on September 11, 2021, at Amarillo Northwest Texas Hospital.

Emmie lived in Illinois until her family moved to Arlington, Texas in 1991. During her time in school she modeled, ran track and had as much fun as she possibly could. She graduated from Mansfield High School in 2000.

Emmie joined the U.S. Marine Corps in 2000 and was a graduate of November Company, Platoon 4006. She became a firefighter and was stationed at MCAS Miramar with MWSS-373, Crash Fire Rescue. Emmie participated in the invasion of Iraq in 2003 and directly supported combat missions while assigned to MCAS Jalibah in southern Iraq. She ended her Marine Corps enlistment as a Corporal in late 2004 and moved back home to Texas.

Soon after returning to Texas, Emmie got to experience the absolute joys of motherhood. She and Richard Cafege were married for several years and had one beautiful daughter. Even though their marriage ended, they remained friends. She later married Steven Eisenhauer and they had two incredible sons. She gave her whole self to her children and everyone around her could see how special their bond was. One of the things she enjoyed most was being a den leader for her sons’ Cub Scout pack.

Once her youngest son went to kindergarten, Emmie attended Blinn College, where she excelled in the Pharmacy Tech Program. She went on to work as a Pharmacy Technician at Brookshire Brothers Pharmacy.

In 2021, Emmie moved to the small town of Waurika, Oklahoma, where she was embraced with open arms. She found much joy there and strengthened her relationship with God. She made a home out of Waurika First Baptist Church and a family out of its members. She was very involved in the children’s program and never missed a Sunday service.

Emmie is survived by her children Hailie, Blaine and Trace; her parents Roger and Patricia; her sister Darcie; her grandmother Sarah; her biological parents Allan and Angela; her biological sister Stacey and many more.

Memorial contributions may be made to https://paypal.me/pools/c/8CYi8wuEzS