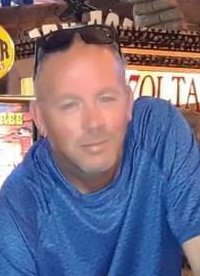 After graduating from Cooper High School in 1990, Chad went on to further his education by receiving a Bachelor of Science Degree from Sul Ross State University in the Big Bend Region of Texas, an area of Texas that he absolutely loved.

After completing his Bachelor of Science Degree, Chad had a love for arachnology.  The study of scorpions was his main focus.  In one of his many expeditions, Chad discovered and was published as finding a new species of scorpion. Chad would later decide to extend his education by attending Texas Tech University in Lubbock Texas. With his love for the desert environment, Chad made the move to Amarillo, Texas.

As most that knew him were aware, Chad always had scorpions and tarantulas in his residence that would put that ever so slight quiver to each who visited. His love for the arachnids created his non-existence of fear for them as it was not uncommon to watch as he would handle the scorpions and such with no issues at all.  We would watch in amazement with the most popular response from friends and family being, “umm, nope!” as one would slowly back away.

“Those we love don’t go away, they walk beside us every day. unseen, unheard, but always near, so loved, so missed, so very dear”

A Celebration of Life for Chad’s family and friends will be held at 2:00 pm on January 8, 2022, at 3413 Simmons Rd., Belton, Texas. All who are attending please reach out to shane.lee41@yahoo.com,  or private message.