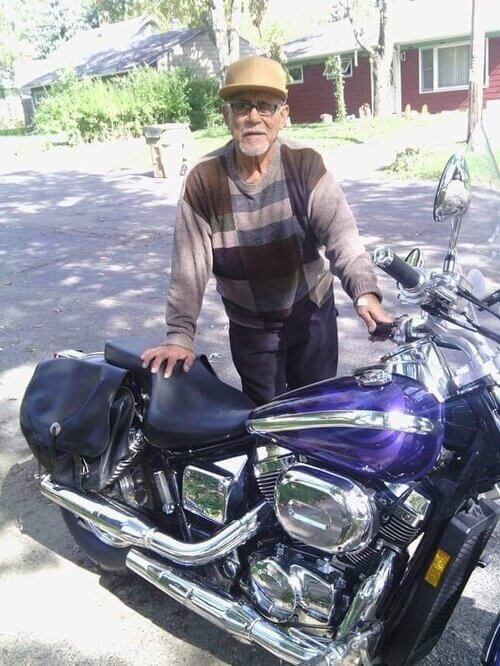 Amado was born November 18, 1945, in Hermleigh, Texas, to Amado and Cruz (Ramirez) Rodriguez, Sr. After obtaining his G.E.D., he became a licensed barber. Always a man to improve himself and reach for the next opportunity, he became certified in heating and air and later as a heavy machine operator. He played guitar and loved to ride a bike. Amado was a very faithful friend who will be missed by all who knew him.

He was preceded in death by his parents, Amado and Cruz Rodriguez, Sr.; three brothers and two sisters.

Those left to cherish his memory are his two sons, Amado Rodriguez, III and wife Gemma, and Rueben Rodriguez and wife Flora; his four grandchildren, firstborn special granddaughter Mari Rodriguez, Amado Rodriguez IV from Madison, WI and Sebastian & Santiago from Brenham, Texas, and his four sisters, Adela Saucedo of Houston, Emma Guerrero of Austin, Eva Pena and her husband Eliseo, of Amarillo and Alicia Ybarra and husband Ernesto. He is also survived by his good friend Parveen from Madison, Wisconsin, and his great-great niece, Aliya.