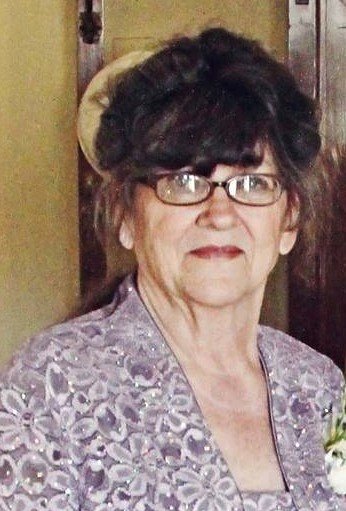 Barbara Gail Justus, age 75 of Amarillo, Texas passed on to her next life on September 4, 2022 in Amarillo.

Gail was born March 28, 1947 to Willie Gene “Bill” and JoAnn Cannon in DeQueen, Arkansas.  She spent some of her childhood in Longview, Texas before moving to Amarillo.  She graduated from Palo Duro High School in 1965.  Gail went on to work as a secretary for the Amarillo Police Department and St. Andrew’s Hospital until she had her first two babies.  When her daughters were at Valleyview Jr. High, she worked for their school cafeteria, until her son was born.

When her children were grown, Gail went on to care for the elderly.  In her later years she went back to school and earned her Certified Nursing Assistant credentials.  She worked as a CNA at Ware Memorial, The Harrington, Riverstone Assisted Living, and Amarillo Home Health (Sears Specialty Services) until she retired.

In 1971, Gail met her husband, Kenneth Justus, on a blind date set up by their mothers.  Her mother JoAnn managed a local laundromat, and his mother Dorothy was a regular customer.  After that first date, he immediately went back to Dallas, quit school, and moved to Amarillo to be with her, and they were married soon after.  After he passed away in 1995, she never remarried.

Gail was one of the sweetest, most caring, selfless, and loving persons one could ever have the fortune to know, and she was honest almost to a fault.  She always said that, growing up, all she ever wanted was to be a mom, and later a grandma.  She fortunately got that last wish, although very late in life – sadly almost too late to fully enjoy.  When Gail wasn’t caring for people, she was passionately caring for kitties and had a love for all creatures.  She also enjoyed baking, reading, watching movies, sewing and beadwork, and shopping all hours of the day and night.

Gail was preceded in death by her husband Kenneth Odell Justus in 1995; her mother JoAnn Cannon in 2014, and her father Willie Gene Cannon in 1990.

Those left to cherish her memory are her son Perry Justus; two daughters,  Jolie Moody and her husband Chris Moody, and Hedy Justus and her husband Glenn Ladehoff; her granddaughter Juniper Ladehoff, all of Amarillo, and her brother Gary Cannon of Bushland.

Flowers can be sent to Lighthouse Funeral and Cremation Services.