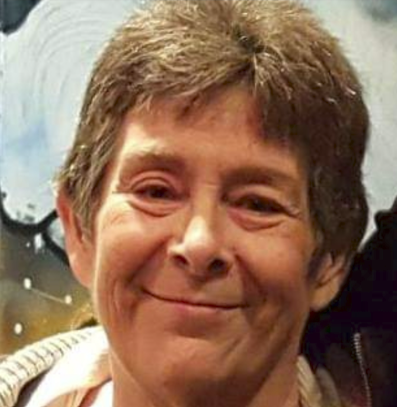 Beverly (Harper) Hunnicutt, age 71, of Red Oak, Iowa passed away on July 4th, 2022, very peacefully with her husband James Hunnicutt and daughter Shana Stringfield at her side at BSA hospital in Amarillo, Texas.

Memorial services will be held, date and time to be announced.

Beverly Kay Harper, was born May 15th, 1951, to Wilma (Hayward) and Edward Harper in Red Oak, Iowa.  Those of you that knew Beverly, knew that she was a strong, beautiful, wonderful, cheerful, funny, smart, spunky, spirited woman that loved ferociously, was honest (almost to a fault) and had the greatest taste in music! She loved to drive fast with the windows down, wind in her hair, and the music loud!

Besides her love for music, Beverly loved reading books and watching movies. Her range of both was extreme from romantic comedy, drama, to science fiction and murder mysteries. She loved her soap operas; General Hospital was her favorite for over 50 years. She loved her football and was one of the biggest Denver Bronco fans out there.

Born in a small town in southwestern Iowa in the 50’s, to Wilma and Edward Harper, Beverly was born ahead of her time. She had spunk and sass and a mouth to back it up! If she wasn’t tormenting her older brother Bo, she was probably into some sort of mischief! Friends with so many but none more than her besties Betty Jean Schenck, Marlynne Pike, Jeannie Harris, Debbie Pratt, and Karen Kennedy. If these girls weren’t defying the latest trends they were sneaking off to a rock concert without permission. Beverly was a huge fan of the Beatles and loved the soul of Motown!

After graduating from Med Tech school in Minnesota, Beverly focused her sights on adventure in a big city. Colorado, with its majestic Rocky Mountains and the draw of the downtown lights of Denver, was too much to deny. After settling in, Beverly met Isaac Stringfield, father of her two children, Shana and Joshua. They spent many years building a life together and having fun along the way. Although they didn’t work out as a couple, they were able to co-parent and maintained a great friendship throughout her lifetime.

After many adventures, Beverly did eventually meet the love of her life, James Hunnicutt, and they were wed on September 9, 1983. Not wasting any time, the adventures began, together they lived in Texas, Iowa, Nebraska, and Colorado. They owned 3 different restaurants, two in the Denver area and one in Lincoln, NE. Eventually they settled in Omaha, NE; her children and the Heartland calling her home.

Beverly was a fantastic teacher in the art of Histology. She really was adamant about passing on her knowledge to techs around her and always preached the importance of patient care. Beginning her career in Histology in Texas, she found passion and longevity working at Nebraska Methodist Hospital and University of Nebraska Medicine both in Omaha.

Beverly spent nearly 40 years married to Jim and together they have had many adventures, lived in many places and over the years have loved camping and the beauty of the outdoors. On retirement, they decided to downsize from the struggle of city life to the freedom of an RV and travel. They have met and made many friends along their travels but have never thought of “home” as anywhere but the Heartland.

Surviving cancer twice before, she was a strong, strong woman that did not want to be defeated. She tried her best to stay healthy in the face of Covid only to get sucker punched by Cancer for a third time. No one was expecting her passing, and definitely not this fast but she was blessed that she did not suffer. Beverly held on long enough to see and hear her daughter Shana, hear the love of her son Josh, hear her precious Katie, Penny, and Teddy. Hear her besties Marlynne and Jeannie. Hear the father of her children and dear friend Isaac. Hear her lifelong and dear friend Larry (Larr-bear). Mostly though, to hear the love of her soulmate Jim, tell her that it was ok to go, that we will all be ok without her here, she doesn’t need to be strong for us anymore.

Beverly, you are already so missed. In true rebel spirit you left us on the 4th, in a blaze of glory with fireworks and all! You got your independence!!!

She was preceded in death by her father, Edward Harper; her mother, Wilma Harper; a brother, Bo (Edward) Harper, and a nephew, Jeff Harper.

In lieu of flowers, the family suggests memorials be made to the family in care of James Hunnicutt or Shana Stringfield – 4155 S. 61 Ave Omaha, Nebraska, 68117.