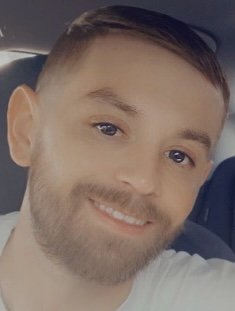 Bobby Mike Hyatt, Jr., affectionately known as Bo, went home to be with the Lord on Saturday, September 24, 2022. He was born on February 1, 1991, to the late Bobby Mike Hyatt, Sr. and Teresa Hyatt of Amarillo, Texas.

Bo was born and raised in Amarillo, Texas and was a great father and loving husband. He dearly loved his children and wife and devoted his life to them. Bo loved to dance and thought he was the best pop-locker this side of the Mississippi. He was a super athlete and played so many sports that he often had to change uniforms in the car between sporting events. Football was his favorite sport in high school and because of his beautiful golden locks, team members called him “sunshine.” He was also a die-hard Houston Texan football fan.

Bo had a big heart and was a passionate family man, and his beloved pastimes were going fishing with his father, playing video games with his cousins, and hanging out with the love of his life, Jasmyne, and his beautiful children. He was also fondly known as the “dog whisperer” because he loved dogs so much.

He was preceded in death by his grandparents, Hoyt Hyatt, Sue Woolsey, and Ernest and Donna Perry, and an uncle, Blaine Meyer.

He will truly be missed by family, friends, and neighbors.