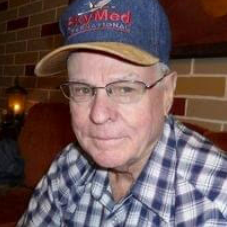 Charles Elvin Lewis, 91, went to be with Jesus, January 6, 2023 in Amarillo, Texas. He was born June 12, 1931 in Anton, Texas to Thomas Duke Lewis and Idell (Gore) Lewis. He was the seventh of eight children. He was raised at Anton and Muleshoe, Texas and graduated from Muleshoe high school.

He met and married the love of his life, Dorothy Bitner on January 1, 1955 in Littlefield, Texas. They set up housekeeping and farming at Olton, Texas.

Charles was a wonderful father to their three children. He farmed in the Olton area for 30 years and retired from farming in 1985.

A private celebration of life will be held at a later date. In lieu of flowers please make a donation to your favorite charity or church.