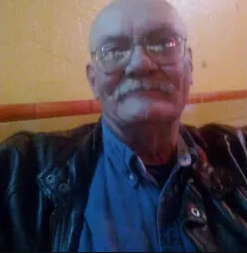 Charles proudly served as a Marine during the Vietnam war from 1965 to 1969.

He was preceded in death by his mother and father, Lenora and Lloyd Hill; his brother, David Hill; his son Charles Hill Jr., and his good friend Robert (Bob) Sinclair.

He leaves behind a daughter, Constance Hill of Muskogee, Oklahoma; two sons, Josh Hill and Steven Hill, of Amarillo; two brothers, E.L. Hill and family of Amarillo, Texas, and James Hill of California; a sister Kathy Gorman and her family of Peoria, Illinois. He also had five grandchildren, Christopher, Jaiden, Syanna, Lola, and Avery Hill.