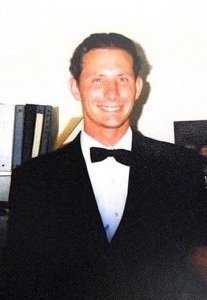 Corkey (Courtney) David Medlin, 42, of Amarillo went to his heavenly home on September 7, 2021. He was born February 10, 1979, in Amarillo to Jerry Medlin and Melody Griffin; yet he was raised by his stepfather, Owen Griffin.

A Memorial Service will be held on Saturday, September 11, 2021, at Amarillo Beacon Baptist Church, 417 S. McMasters.

He married Donna Robertson on September 20, 2000. Corkey was a loving son, brother and husband. He was an amazing person, kind and loving to his family and friends. Corkey adored his wife, Donna. He was a loving provider for Donna, his stepchildren, and grandchildren. He worked at Fiesta Foods. His supervisor describes him as having been the most compassionate, considerate employee who never complained about anything. He said that Corkey always wore a smile. He will be greatly missed.

Corkey was preceded in death by his “dad”, Owen Griffin; his grandfather, Lark Cheatheam; his brother, Jeff Medlin, and his uncle Bill Cheatheam.

In lieu of flowers, the family requests donations be made to the Corkey Medlin Funeral Expenses Fund at Lighthouse Funeral and Cremation Services.