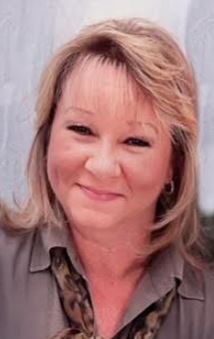 Our hearts are heavy, but our minds remain full of wonderful memories following the death of Debra Gardner. She passed away on April 27, after a brief, but an intense bout with brain cancer. She is remembered for her caregiving nature, community involvement, and love of family.

Debbie was born in San Jose, CA on September 15, 1959. She developed a calling for caregiving as the eldest of 12 children. She was a natural mother figure and did everything with love.

Debbie relocated with her family to Amarillo, TX when she was a young woman. It didn’t take long for the Lone Star State to become home. Debbie was very active in her church and devoted years of service to her community. On January 7, 1983, Debbie married her beloved Jeffrey. The couple went on to share 39 years together.

Debbie and Jeff were blessed with four beautiful children. She instilled the importance of education in each of them and made learning a priority in the home. Debbie herself was an instructor at Amarillo College. She later worked as a substitute teacher for Amarillo Independent School District.

An avid learner herself, she would spend hours poring over genealogy. She loved the ever-evolving exploration of family history and studiously updated and shared her findings so that others could add their discoveries.

After her children were grown, Debbie provided care, comfort, and compassion to animals in need. She worked tirelessly to find loving homes for abandoned dogs.

Debbie was an enthusiastic cook, and her kitchen was the hub of the home. She could single-handedly cook for a crowd and often catered for events, church gatherings, and family get-togethers. Much to the frustration of her children, she rarely cooked straight from a recipe. Rather, she preferred to improvise by throwing in a dash of this and a pinch of that, making any replication impossible.

Her favorite activity in the kitchen was baking holiday cookies with her grandchildren. Many lovely memories were made while rolling out dough, carefully pressing her vintage cookie cutters, and decorating baked goods for each holiday.

Above all, being a mother and grandmother was her world. Gigi, as she was adoringly called by her grandbabies, delighted in spoiling and doting on her grandkids.

Debbie is survived by her husband, Jeff Gardner, and their four children – Justin and partner, Shara of Colleyville; Dalena and husband, Ben of Oxford; Dawnn of Dallas; and Joshua and wife, Rachel of El Paso. Gigi will be greatly missed by her grandchildren, Olivia, Oliver, Owen, Elliot, Samuel, Agatha, and Ruth, her grandbaby Ruth, that she will look after in Heaven until her June arrival.

Funeral Services will be held at 10:00 a.m., on Tuesday, May 3, at the Church of Jesus Christ of Latter-Day Saints, 2101 N. Coulter St., in Amarillo.  A private interment will follow.