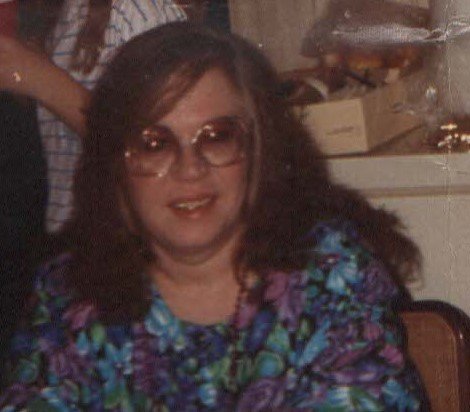 Diana “Diane, Di” Foley, 71, of Amarillo, TX passed away March 9, 2021. Diane was born July 9, 1949 in Dumas, TX to Jimmy and Wanda Habekott. At the age of 10, she (along with her sister, Janice and brother Jim) moved in with Uncle Raymond and Aunt “Edie” Edith Jewell to be raised for the rest of their childhood years in Amarillo, Texas.. Edith and Raymond already had two children of their own “Sherri and Ronnie”. Sherri was only four years old and Ronnie was a teenager.

Diane attended San Jacinto Church of the Nazarene and had so many wonderful fun friends through church activities. She was so blessed to be raised in a Christian home and a world that was nothing like it was today. She played outside and hung out with friends until the street lights came on. Nothing to be afraid of, she could ride her bike, play hopscotch, hide and seek etc. without any worries. She could go with a group of friends on Halloween to trick or treat in her neighborhood along with houses blocks away. She married her first love, Russell Wood and had one wonderful son, Johnny Wood.

When Diane was her in her late 20’s, she started volunteering at Presbyterian Children’s Home. She later became a house parent at Union Cottage. Her own son, Johnny, loved having many brothers and sisters and like the other’s started calling his mom “Mother Diane”. This was Diane’s passion in life, loving and caring for children from broken homes, having come from a broken home herself.
Later in life she lived with her son in a duplex not far from where she grew up. Diane and Johnny raised her niece Breeanna Stevens. Breeanna later moved to Montana with her nana and papa “Sherri and Henry Cruz”. Breeanna always considered herself as Di’s daughter.

Not that long ago, Diane said she wished all children could live in a world like she did.
Unfortunately, Diane had to live her last few years in a world of pandemic with Covid-19. She lived in a nursing home so therefore no one could visit her, which made for lonely days. Toward the end, she was able to have visitors but she could not go out of her room. Visitors were not allowed to bring her favorite food or have it delivered. Her roommate died of the virus along with her two best friends on her hall. Diane had coronavirus but survived and went back to her room without a roommate to visit with. She had a phone, T.V. and a talking book to help occupy her days and nights. She called her sister, Janice Cranmer, almost every night. Of course, she called her son, Johnny and sister Sherri Cruz as well.

During the last seven years of her life, she resided at Hillside Heights Nursing Home in Amarillo, Texas where she passed away. She was not alone when she took her last breath, her wonderful niece Shelby Brady was there. Shelby tried everything she could think of to get in to see her Aunt Di that night. Finally, the nurses were able to get someone to give Shelby the covid test and she was taken to Di’s room just minutes before Di passed away.

Diane was preceded in death by her parents, Jimmy and Wanda Habekott; her uncle, Raymond and Edith Jewell that raised her; grandparents, Bill and Marley Combs; a brother, Jim Habekott; a niece, Brittany Stevens; stepmothers, Deloris Habekott and Yulonda Habekott; her stepdad, Ott Ellis and many other aunts, uncles, and friends.