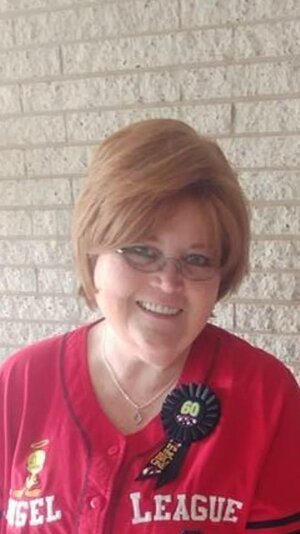 The daughter of Charles and Mary Jo Weatherred, she was born on June 2, 1958 in Amarillo. Their family moved to Dumas the following year, where she grew up and graduated from Dumas High School in 1976.

She loved to cook, and for many years during the 90’s she ran the Chuck Wagon Cafe in Dumas and regularly fed her many customers.

Looking towards the future, she earned her degree as a registered nurse from Amarillo College. Her career as a labor and delivery nurse found her at Memorial Hospital in Dumas, Northwest Texas Hospital in Amarillo and head nurse of Labor and Delivery at Denton Hospital before returning back to Amarillo and NWTH. Never losing her love of cooking, she even operated the Soda Shop on the square in Canyon after her boys were grown and while working at the hospital in Amarillo.

She changed her career path recently to possibly her true calling, that of being a hospice nurse. She worked for BSA Hospice and then Texas Home Health Hospice, helping many families and their loved ones in the final days of their lives. She often said she had spent all those years helping to bring babies into our world, and now she was caring for people as they found themselves leaving it. Her soft touch and compassion was a blessing to many families.

She married Mack Henson on July 31, 2004. She loved her family and friends fiercely. She had many lifelong friends. Her husband, children, and grandchildren were everything to her. It didn’t matter if you were part of her family through blood or marriage, you were hers. Many of her friends were considered family.

She loved crafting, painting, collecting antiques, cooking, and planning get-togethers. She enjoyed staying in touch with friends and family through Facebook.

She was preceded in death by her father Edgar Charles Weatherred and brother Roger Dale Weatherred.

Family and friends suggest that in leu of flowers, memorials be made to the Diana Henson Memorial Fund to help with expense, c/o Martha Ames, 20710 Hunters Run, Canyon, TX 79015.