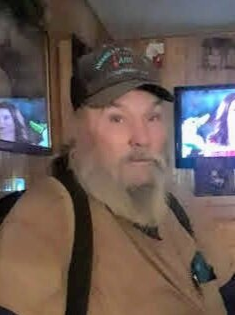 I know he gave everyone at the Cattleman Cafe a hard time. But we all said that was Edward’s office. I’m sorry, but I now Edward knew a lot of people from going around junking, but I don’t know you, but want to thank you for all the junk you all gave him. That was his life, and he loved it.

He had a pickup and it said “Uncle Junk” so everyone called him Uncle Junk. There were kids all over that called him Pop’s or Dad, that weren’t his kids, but I guess he was their’s when they needed one, or he just looked like one. Edward called everyone Mom or Dad, not sure why he did, Even Bill and I.

In Edwards younger years he was a mechanic, wrecker driver for T-Miller. Edward lived in California for many years and then came back to Amarillo. The last few years Edward liked talking about his animals and how the junk has dropped down to nothing.

I want to thank all his friends that helped him and have him a place to call home. He loved you all very much. I don’t think he ever left a place without saying “I love you”.