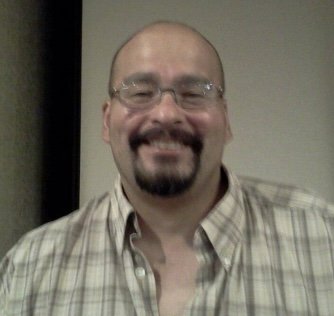 Frank Christopher Martinez, 55, went to his heavenly home on January 10, 2021. Frank was born in Guymon Oklahoma on June 16, 1965 to Frank A. Martinez and Irene Martinez.

In his spare time he loved spending time with his grandchildren. His family was the most important thing to him. He liked the outdoors playing with his tools.

He worked 25 years for National Beef in Liberal, Kansas and then worked the last 13 years he worked for Seaboard.

Frank married his love Geri Martinez 19 years ago in December 15, 2001 in front of a Christmas Tree, because is was their favorite holiday. He has five children Natasha, Christopher , William, Tamera, and Juanita.

He is survived by his wife Geri Martinez; his mother and father Irene and Frank Martinez; his 4 children Natasha, William, Tami, and Juanita and husband Alejandro Ortiz; his brother Anthony Perez; brother-in-law Miguel Marino;, brother and sister in law Clifford Gauerke and wife Jeannie, father in law Gerald Gauerke and his grandchildren.

Memorial Service will be held at a later date.