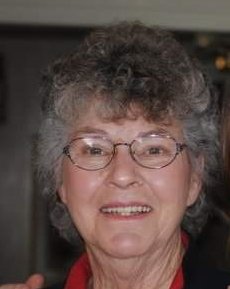 Martha Gayle Romans was born October 28, 1939, to Henry Grady and Cora Lee Swindle in Walker County, Alabama. When Grandma Swindle was asked by the doctor what she was going to name her final child, Grandma stated she had run out of names and that he could name her. And that is the story of how mom came to be named after a country doctor’s mother.

Mom grew up in Curry, Alabama, the youngest of nine children. She graduated from Curry High School and left shortly after for the sunny beaches of Florida to be near siblings.

Dad, Velda Clayton Romans, liked to tell the story of how they met. Dad was in the Navy stationed in Jacksonville, Florida. He and a buddy had driven down to where his buddy’s girlfriend lived, and the girlfriend wanted to introduce Dad to Mom. Dad’s first vision of Mom was of her chasing another guy across the parking lot with a broom. He said at that moment he was both terrified and infatuated. They were married on January 26, 1961, at Charlotte Harbor, Florida. At the time of Dad’s passing in March of 2012, they were married for 51 Years.

Shortly after they married, they moved to Clarksville, Tennessee, where Dad worked for Mason & Hanger at the Clarksville Air Force Base and Mom at a five-n-dime. In April 1965, they welcomed their first child, Darenda Lee. In July 1965, the Romans family moved to Amarillo, Texas, to continue Dad’s work with Mason & Hanger. Our family grew by one more with the addition of a son, James Henry, in November 1967.

Mom was a stay-at-home mom until Henry started kindergarten. At that time, she started her career as a Superhero Lunch Lady at Willow Vista Elementary, part of River Road ISD. She went from being an assistant cook to Cafeteria Manager. She worked for RRISD for 35 years.

After both Mom & Dad retired, they purchased an RV and became Snow Birds, spending up to 6 months a year in Port Aransas, Texas. They loved being on Island Time.

The family continued to grow with the addition of grandchildren. Allyson LeeAnna, Ashley Brooke, Olivia RuieAlice, and Charlie Dean. Mom loved to spend time with all her grandchildren, and they loved her as well. Despite her wishes to called Grandmother, the kids instead called her Grandmudder. After they had gotten older it was morphed back into Grandmother, but she will always be Grandmudder to them.

Mom is survived by her loyal companion Gidget, her brother, Ray Swindle of Florida; daughter Darenda and husband Danny Keeton, and son Henry and wife Jana Romans, all of Amarillo; grandchildren Allyson, Ashley, Olivia, and Charlie, also all of Amarillo. She is also survived by a multitude of nieces, nephews, and cousins all over the States.

Memorial Services will be held Wednesday May 11, at 10:00 a.m. at Generation Next Worship Center, 3503 6th St. Tommy Fulgham officiating.