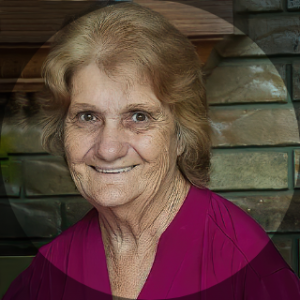 She was born October 31, 1938 in Lynn County, TX to Otis Calvin Mensch and Lois Alpha Waller .

Graveside services will be held at 10:00 a.m. on Tuesday, January 12, 2021 at the Dawson County Cemetery in Lamesa.  Arrangements are under the personal care of Lighthouse Funeral  Services of Amarillo.

Rene married the love of her life, Herbert Lawson on September 17, 1960, in Albuquerque, New Mexico. Together they raised a beautiful family. Rene and Herb were married for 50 years, until his passing in April, 2010.

Rene as most knew her, was a waitress at Allen’s Gally and Retha’s most of her working life. She volunteered many years at the DAV helping Herb with events, parades and general business. She owned G & L woodcraft in her retirement years and decorated the lawns of people as far away as Minnesota.

She was preceded in death by her beloved husband, Herbert; her parents; brothers, Calvin Mensch and Leslie Mensch, and her sister, Francis Jonas