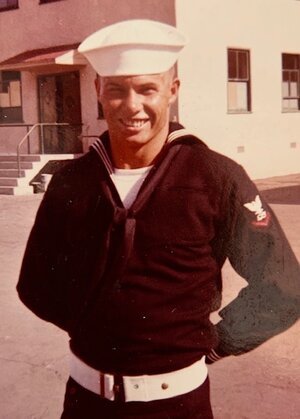 He graduated from Sanderson High School in 1964. He attended West Texas State University where he earned a Bachelor’s Degree in Industrial Technology in 1973 and a Master’s Degree in Business in 1976.

Haley proudly served his country in the U.S. Navy between 1964-1968 as a Petty Officer First Class and Hospital Corpsman. He served his time aboard the USS Coral Sea (CVA-43.) After his military service, he worked at Cottingham Bearing from 1973-1975.

Haley was preceded in death by his parents.

Those left to cherish his memory are his loving wife, Priscilla Haynes of the home; four children, Temple, Ernest, Eric, and Sarah; five grandchildren, Denver, Charleigh, Nick, Angel, and Nicole. He is also survived by his beloved dog, Chapo.