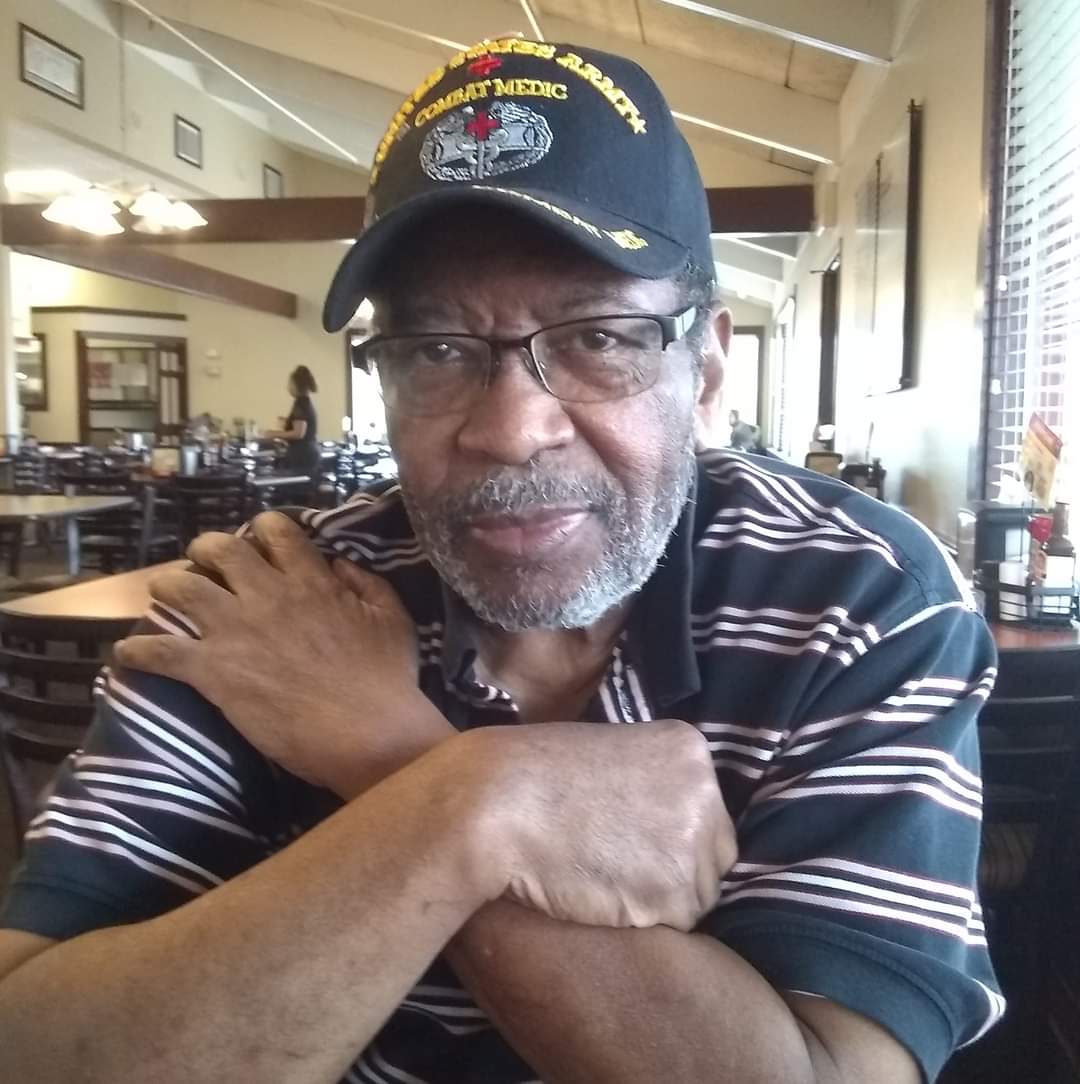 Hollis Jones was born on September 1, 1940, in Frederick, Oklahoma to Johnnie Bell and Hollis Sr. He was raised with his sister Barbara and their cousins Billy and Thelma in which they all grew up together as siblings and dared anyone to say differently.

He was handsome, intelligent, and athletically inclined. While in Frederick, he attended Boyd High School, and in 1956 the sports programs were integrated with Frederick High School where he ran track and played football for the Fredrick High Bombers. In fact, the 1956 football team was the first integrated team to win a State Championship, and in 2007, they were inducted into the Oklahoma Sports Hall of Fame. They boasted a 14-0 record and won their games by combined score of 553-26.

In September of 1960, Hollis enlisted in the Army where he did 2 tours in Vietnam as a Combat Medic. Being the only son, he did not have to go, but felt it was his duty to honorably serve his country and went anyway. He was honorably discharged from the Army first in September of 1963 and again in May of 1967 for his 2 tours.

After serving, he enrolled in Northwest Texas School of Nursing where he was the first black male student not only to attend, but also to graduate. Sometime after graduation he started working at Northwest Texas Hospital where he met and shortly thereafter married the love of his life Dorothy Miner.

Hollis re-enlisted in March of 1970. This time serving in the Air Force with the Rank of Captain specializing as Registered Mental Health Nurse. This time his tour of duty extended from Ohio where his son Brian was born, the Philippines, and finally Germany where his daughter Traci was born before arriving stateside again. He received another honorable discharge from the Air Force in August of 1976 but continued his commitment and service working at the VA Hospitals in Colorado (Fort Lyon and La Junta) and Texas (Amarillo, Waco, and Austin). He also worked at local hospitals in Amarillo and Austin; the TDCJ Clements Unit in Amarillo; and the State Hospital in San Antonio.

The family has also set up a GoFundMe account to help with funeral services: https://gofund.me/8ef4555b