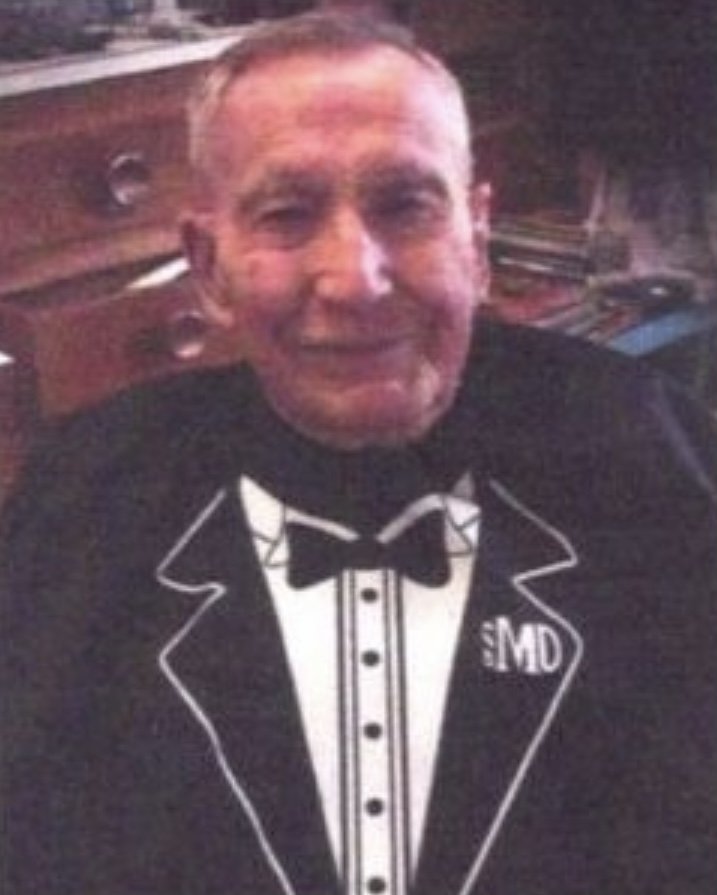 Ira Leroy Castleman, went home to Jesus, December 18, 2020 at the wonderful age of 97. He was born in Wilson, OK, graduated from Alma High School with honors and attended college for a year before joining the Army.

January 27, 1943 was his enlisted date with the United States Army and found himself stationed in England with the 104th General Hospital Medical Corps. He was the recipient of four (4) Ribbon Honors, an Excellence Victory Medal of WWII and a citation of excellence. After a three year tour in England, he was Honorably Discharged, March 7, 1947, just before celebrating his 23rd  birthday.

He moved to the East Texas town of Palestine and worked in the oil industry. While working and living in the camp, this good-looking young man saw a pretty maiden named Virginia Collier of Long Lake. Well, she said yes, and on July 6, 1947, they united in Holy Matrimony and the rest….. was history, two children, a son born in 1948 and a daughter in 1951.

Hobbies included fishing, fishing and more fishing. Navajo Lake, Farmington, New Mexico and Ute Lake, Logan, New Mexico were his favorite fishing spots. When he was younger, he fished the waters of Lake Powell, on Colorado River of Arizona and Utah. When stuck at home he made fishing lures or read about the western wildlife.

He is survived by daughter; Jeannette and husband John Hammer of Logan, New Mexico, where he resided until his passing; granddaughter Amy and her husband Mike Berry; grandson Eric Hammer and wife Emily; grandson Brian Hammer and Sister-in-law Mary Collier of Covington, L.A.

He had sweet grandchildren, adorable greatgrandchildren whom he loved dearly and several nieces and nephews.

Love of fishing and cremation were his choices. He had a long good life.

If anyone feels inclined to honor his memory, please support out Hospice Service.