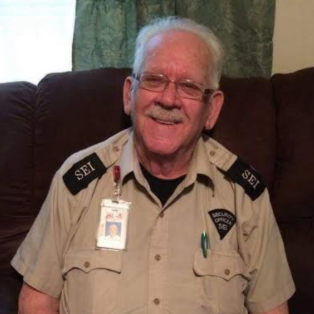 Mr. Carr grew up in Elk City, Oklahoma until he joined the Army and served our country honorably in the 35th AR 2nd Tank Platoon. Upon discharging from the Army, James went to work as a salesman before finding his passion in his career as a security officer, a career which spanned over decades. James was a hardworking man even after retirement.

James was a family man, who loved all of his family which also included 17 grandchildren, 18 great-grandchildren; aunts, uncles, nieces, nephews, and many more.

James’ decades of hard work, dedication to his family, and loving spirit will never be forgotten.

To watch the service live please click the link 15 minutes prior to the service.
Live Service