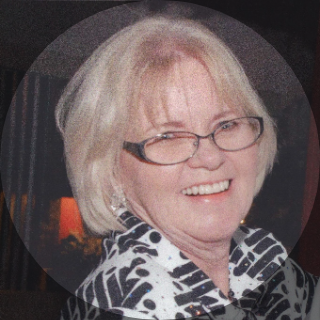 Janiece King Garrett, 81, of Hereford, Texas, passed away peacefully on February 10, 2021 in Amarillo with her family by her side.

Jan was born June 7, 1939 in Waco Texas to Miller Wofford King and Ruth Ellen Mosley King. She grew up in Lubbock, Texas and graduated from Lubbock High School in 1957. Jan went to work for Southwestern Bell Telephone Company upon graduation. She was introduced to Calvin Earl Garrett in October of 1960 by some mutual friends and neighbors of her parents. She knew instantly what she wanted, and they married on February 14, 1961. They welcomed a daughter, Lynn, in 1962 while still living in Lubbock and moved to Hereford in 1969 just before Lisa was born.

After 20-plus years at Southwestern Bell in 1980, Jan went on to work as an agent for Farm Bureau Insurance under Jim Clarke for several years, and then later she went to work for Atmos energy where she retired after 15 years. She loved being at the warehouse with all the guys and still had a fondness for many of them after all these years.

Janiece is survived by daughters Lynn of Amarillo and Lisa of Hereford. She is also survived by five grandchildren: Lauren Glasgow and husband Zachery of Amarillo, Calen Hamby of Lakewood Colorado, Ryan Martin of Coweta Oklahoma, Ashellyn Garrett of Canyon, and Peyton Butler of Hereford; three great-grandchildren, Calvin Glasgow, Samuel and Michael Pena. Jan is also survived by a brother and sisters-in-law Joe Garrett (Joan) of Palm Desert California, Shirley Dean of Lubbock, Dora (Larry) McBee of Ruidoso, NM, and Sharon Prutzman of Possum Kingdom Lake, (Graham) Texas along with numerous nieces and nephews whom she loved very much. She is also remembered by Cal Mitts of Hereford along with his children Sharon, Lynn, and Stuart and their children – all of whom she loved and was proud of.

A service celebrating her life will be announced at a later date. Donations can be made in lieu of flowers or other remembrances to the Cal Garrett Memorial Golf Scholarship at WTAMU. Jan also expressed a desire to have a donation in Cal’s honor made to the Shriner’s Hospital upon her death.