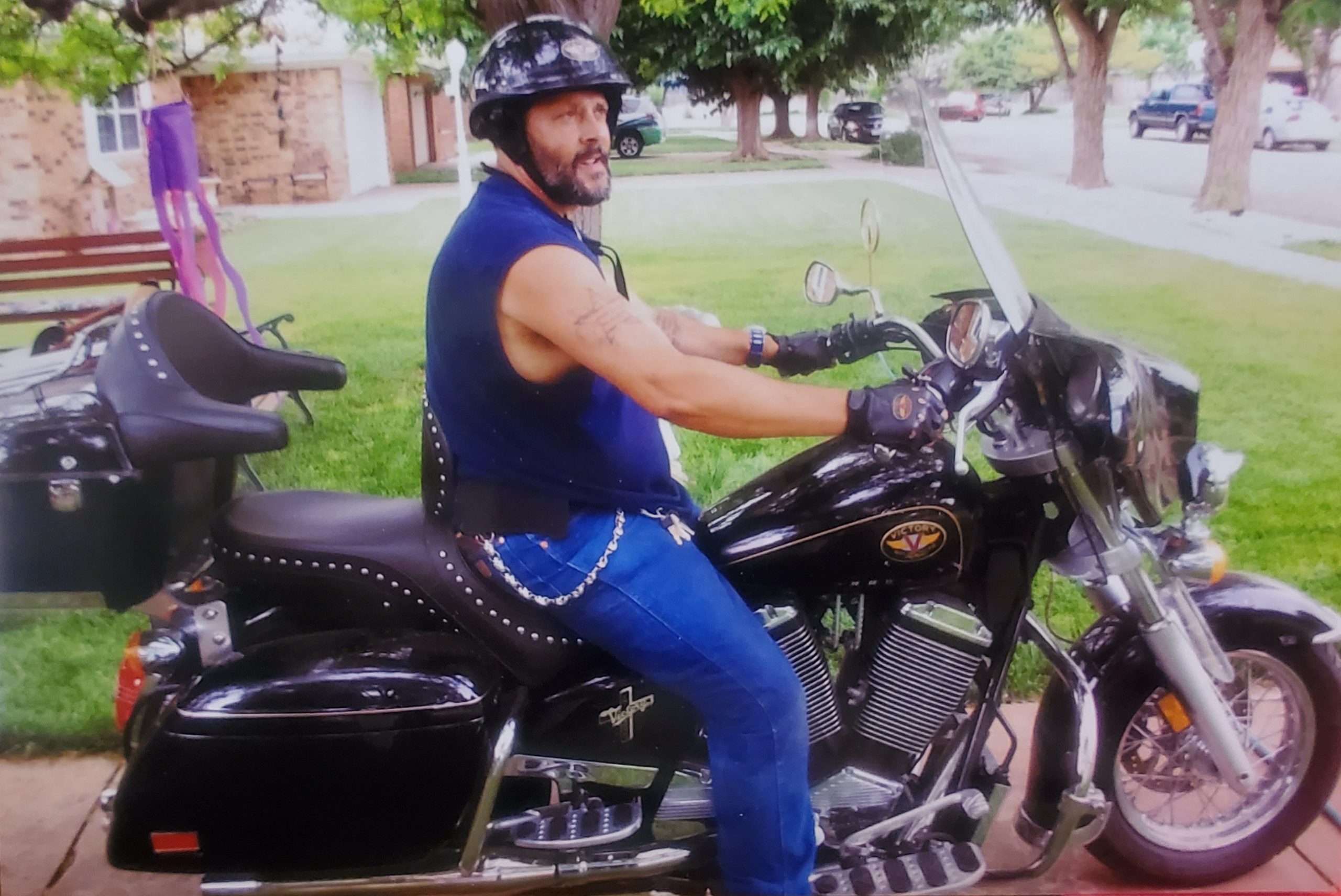 John Leslie Savage, known to most in Texas as Les, son of Douglas and Anita Savage, passed away on July 30, 2021, after a long-fought battle with many health issues.

Though born in Buffalo, OK, John got to Texas as soon as he could and grew up in the Panhandle area around Lake Meredith.  He attended Sanford-Fritch High School and Frank Phillips Junior College in Borger, TX, serving as one of their ambassadors.  After his sister joined the Air Force, he joined her in California, in 1987.  He lived there for 30 years before moving back to Texas the summer of 2015.  He studied graphic design, worked at Montgomery Ward, Jeep, Harley Davidson, and Pacific Forge before becoming a truck driver for Werner Trucking as an over-the-road driver.  Upon returning to Amarillo, he worked hauling cattle for a local cattle company where he was injured which left him unable to continue to work.

He loved Texas and loved spending time at his grandparents’ farm in Follett every chance he was given.  Horses were his favorite animals, next to his dogs, on the farm he loved so dearly.  He loved everything western and, as a good Texan, always wore boots, belts, jeans, hats and was never without his knife.  Whenever possible he would ride his motorcycle enjoying the freedom of the road.

He was preceded in death by his fiancé Marjorie Ann Woodward of San Bernardino, CA.  He, alongside Marjorie, raised and cared for her children, Terry, Gilbert and Kathy, as well as many other members of her family, as if they were his own.  He was also preceded in death by his grandparents, Orville and Margaret Sperry of Follett; his uncle, Billy Pierce of Lubbock; and his cousin Gairy Brooks of Amarillo.

He is survived by his parents, Doug and Anita Savage of Amarillo; his sister/best friend/shoulder-to-cry-on/confidant (who there is still an ongoing battle with of who’s mom and dad’s favorite), Pamela Savage and brother-in-law, Mark Yandell and their children Codey, Tyler, and Jessica Yandell of Lubbock; great-niece Ryleigh Yandell of Wichita Falls; a very supporting and loving aunt, Marlene Pierce of Lubbock; half-brother, Richard Savage and his wife Tina and son Eric of Wichita Falls; his uncle/cohort-in-crime, Benny Weibel and wife Lue and their son BJ of Sugarland; his cousin, Carrie Brooks of Amarillo and many more cousins.

John was a hardworking man who loved deeply, cared and gave selflessly to others.  Each time he would speak to his family, he would always end by making sure he expressed his love for them.  He had a kind soul that filled big shoes extremely well and he loved everyone he knew and they loved him.  God Bless Him!!