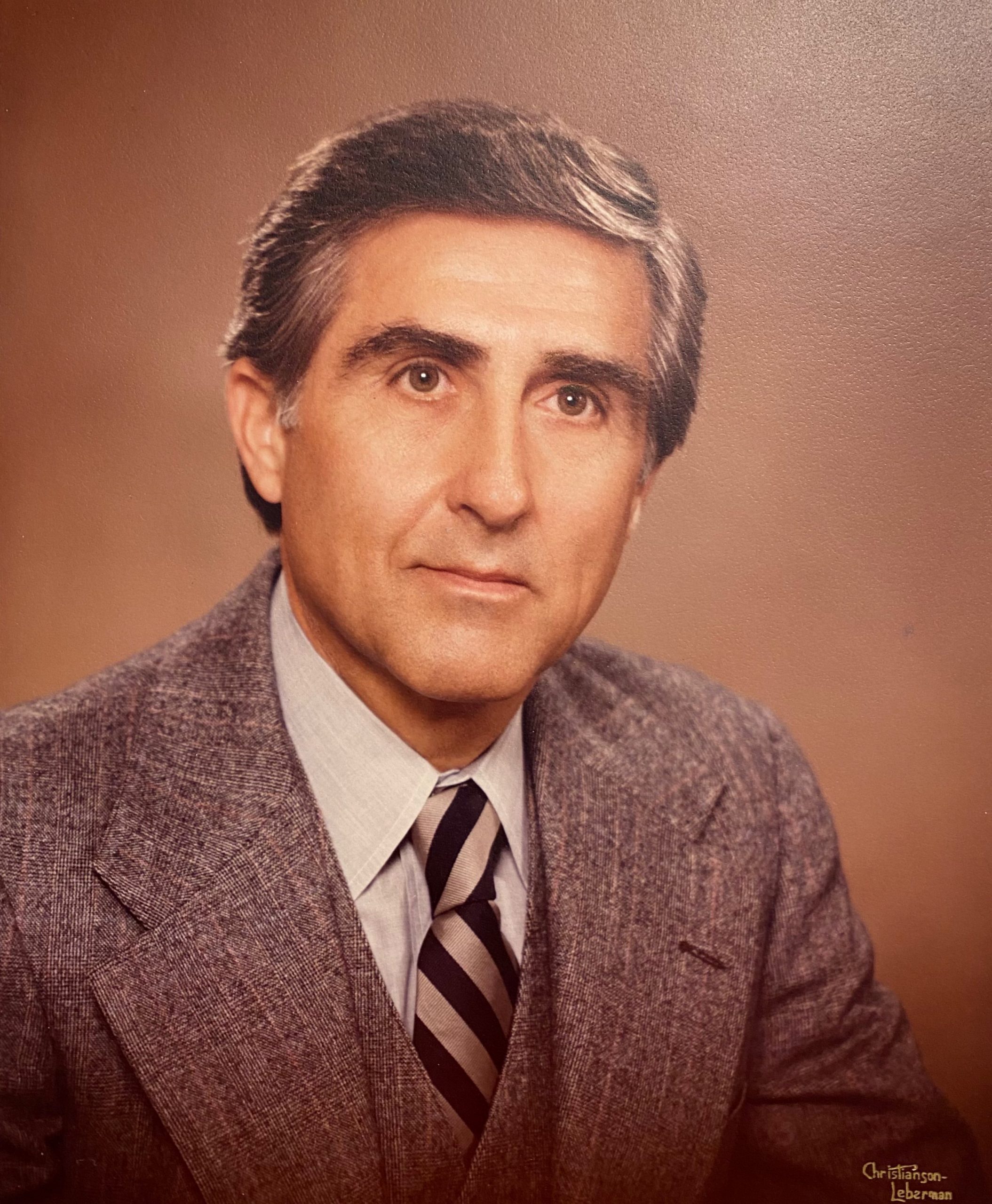 He was born to John Raymond Lomenzo, Sr., an emigrant shoemaker from Italy, and Helen Ora Lomenzo (née Shackelford) in Cape Charles, Virginia on May 14, 1926.  He is preceded in death by his siblings, Luther Lee Williams, Louise Williams Overmann of Virginia, and Wallace P. Williams of Texas.

He completed his Chartered Property Casualty Underwriter certification in 1970. He was a highly successful businessman sought out for his expertise in the insurance industry.  He previously worked for Aetna, Alexander & Alexander, and Interstate National Corporation.  He was the first president of Texas Medical Liability Trust beginning in 1979 and retired from there in 1991.

His love of all God’s creatures was apparent in all he did.  His love of animals extended to raising and riding Morgan horses, caring for Pygmy goats, chickens, guinea hens, dogs, cats and the occasional emu family that wandered onto his property.  He never turned away a lost or starving animal.  He also enjoyed singing in a barbershop quartet, reading or listening to audiobooks, watching movies, jogging and cycling. He learned to ride a Honda Nighthawk motorcycle in his early 70s, proving you’re never too old to learn something new.

He was an eternal optimist.

A special thank you to the people at Brookdale Medi Park West and Texas Home Health for their loving care and support during his final days.