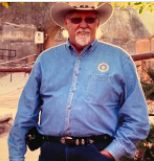 Our beloved John Thomas Madden went to be with the Lord at his home on Monday, May 24, 2021 at 1:32 am. He was born on June 6, 1944 in Venice, Florida to Dorothy Jean and John Sharp Madden who preceded him in death. He was 76 years old. John was a Warrior, fighting for almost 14 years to live for those family members and dear friends he loved.

He was known as Dad, Pops, John, Uncle John, Tom, Uncle Tom, John Tall Mountain Bear and Wasape. He is survived by his wife, Judy; his daughter, Pride, husband Mike and their children Oliver, Micah, Michael, Nathan and Emma; granddaughter, Storrie and husband Gabe; his son Shawn, wife Amanda and their two children Tatum and Harrison; his son Shane and his two children Tristan and Chloe; his brother, Lynn, wife Linda and their daughter Melodie, husband Matty and their son, Elvis; their son Philip and wife Crystal and their children, Reid, Sean, and Violet; his sister, Candy (Missy), her husband Ronnie, their son Joshua, wife Brett and their children Ellie and Alaina; and their daughter Grace; daughter, Jodi, husband, Dan and their children, son, Cameron, his intended Vera; son, Chris, wife Tiffany and their four children Maci, Carson, Colton, and Kenzie; daughter Laura and three children Conner, Jackson, and Ayala; and daughter Alanna and her husband, Greg; granddaughter Sydney; and near and dear to his heart John and Barbara Tuttle, and numerous cousins.

John’s love extended to many chosen children, some of which he was instrumental in raising, Savanna; her sister Amber, and her children, Shane and Hattie. Shelia King, her son Joel; her daughter, Demetra, and granddaughters Zailee and Zariyah. A special thanks to chosen family members, Rob and Tiny Sims, who became family due to their love and care during his struggles.