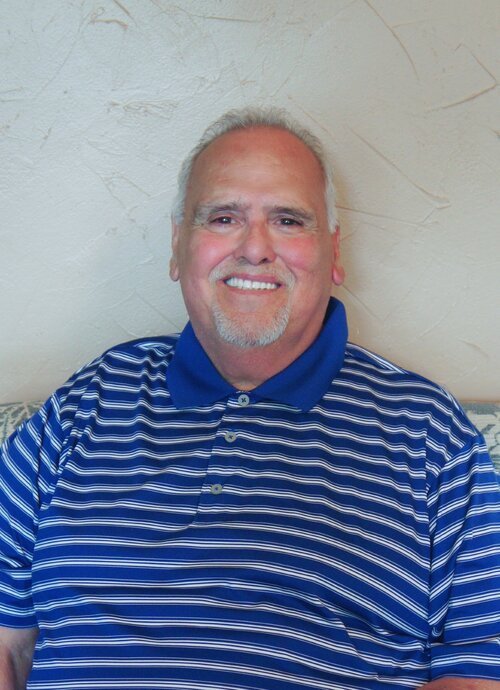 Johnny G. Rangel, “Senior”, age 74, of Amarillo passed away Thursday, July 16, 2020. Johnny was born, September 22, 1945 in Amarillo, Texas where he was a lifetime resident. He was one of seven siblings. Two brothers Robert and Tony, as well as four sisters Margaret, Mary, Linda and Lisa. Johnny married the love of his life Juanita Rangel on June 20, 1964.

After the marriage they soon started a family and Johnny went to work at Gilvin & Terrell Construction for many years as a water truck driver before he started working at Asarco. He was a very dedicated and hard worker where he spent 28 years working at Asarco before retiring as a machine operator in 2006.

There were three constants in Johnny’s life, that was faith in the Lord, his family, and golf. Johnny was an avid golfer, he loved watching and playing it as much as he could. A hobby that he passed down to his sons and grandsons. If he wasn’t on the golf course, chances are he was at home with his family.

Johnny was a big family man and he loved being around his family, especially his wife, Juanita. Their love of one another was undeniable, and their family had the greatest example of what a loving marriage was. They were happily married for 54 years before her death in 2019.

Johnny’s greatest love was his love for the Lord. He was a member of Our Lady of Guadalupe as well as St. Mary’s. His faith is what kept him going through all the hurdles in his life. With his faith, Johnny also helped countless others. He would always say, “Give yourself to the Lord and he will show you the way.” When people saw Johnny, the first thing they noticed was his amazing smile, and now Johnny is smiling down on his family watching over them, along with his angel Juanita.

He is preceded in death by his mother Erlinda, sister Rita and his soulmate, Juanita.

Due to the current global pandemic, the immediate family held a celebration of life for Johnny. The family would like to thank everyone for all of their thoughts and prayers during this trying time.