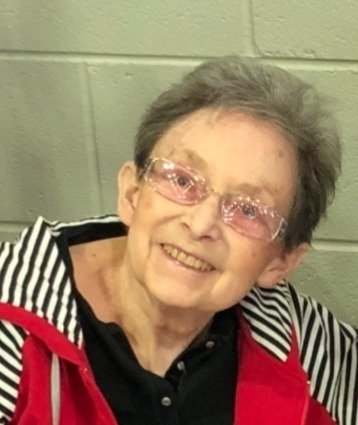 Joyce Renaux, loving wife of Bob Renaux, and mother of Jody Macinnis, passed away at the age of 81 on Saturday, August 28, 2021.

Joyce was born October 16, 1939, to Fred and Janelle Kramer, in Dayton, Ohio. Joyce married Bob Renaux on August 27, 1960, in Dayton, Ohio. They moved to Bowling Green, Ohio, where she completed her Bachelor’s of Education Degree at Bowling Green State University, in 1961. She was an officer in the Gamma Phi Beta Sorority, and advisor following graduation.

Her love for flowers and gardening took her on a new path. She worked in numerous greenhouses and managed several garden centers in Toledo, Ohio. She also started two businesses; Gardens by Joyce, and Joyce’s Greenhouse, both in Toledo.

Joyce was very active in local, state, and national flower clubs, including the Perrysburg Garden Club, and Toledo Garden Forum. She served as First Vice-President of the Toledo Garden forum from 1996-1999. In 1998, she received the Northwest Regional Judges Council Award, and was honored to receive the Sally Luchini Most Valuable Garden Club Member Award in 1997.

Joyce was always busy instructing and competing in flower shows, earning numerous blue ribbons for her artistic work with flowers. She was eager to share her knowledge of flowers and gardening with others, so that they could appreciate the beauty around them as she did.

When daughter Jody attended Perrysburg High School, Joyce was very involved in athletic department activities. She oversaw the Athletic Booster’s Concession stand at all Perrysburg athletic events for many years, while teaching part-time physical education at Perrysburg Elementary Schools, and volleyball and dance at the YMCA in Toledo, Ohio.

Joyce and Bob moved to Buena Vista, Colorado in 2003, to be closer to Jody and her family. Spending quality time with their grandchildren, Kaile, and Josiah brought much joy to her life.
The gardens at her home in Buena Vista were spectacular, with dozens of peonies, daffodils, and other flowers that were the envy of the neighborhood. She delighted in picking fresh flowers for neighbors, and friends.

Describing the time Joyce spent in Colorado would not be complete without mentioning the enjoyment she received from her beloved Saddlebred horse, Rose. Although not a rider herself, she spent hours daily feeding, grooming, and providing tender, loving care for her “special friend” Rose.

When Jody moved to Amarillo, Texas with her family, Joyce and Bob followed. They continued to enjoy family celebrations, holidays, and “waffle Sundays” together. Joyce was able to see both grandchildren follow their dreams, and passions. Kaile is back “home” to Tampa, Florida, and Josiah, to work with Texas Congressman, Ronny Jackson in Washington, D.C. She was incredibly proud of them, and was always their biggest fan.

Joyce enjoyed participating in activities at the Amarillo Senior Citizens Center, while living in Amarillo. She made many special friends while involved in the exercise classes at the Senior Center. The time she spent there was the highlight of her day.

She was preceded in death by her parents; Janelle and Fred Kramer.

Survivors include her husband of 61 years, Bob Renaux; daughter Jody Macinnis, and husband Joe; grandchildren, Kaile and Josiah Macinnis, and sister, Joanne Fleming of Hurst, Texas.
Donations may be made to BSA Hospice of the Southwest, 5211 SW 9th St., Suite 100, Amarillo, Texas, 79106.

A Celebration of Joyce’s life will be held at a later date.