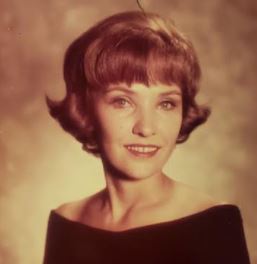 A private family service will be held at a later date.

She was born December 31, 1938, in Amarillo, Texas to Shirley and William “Dub” Trotter. After high school, she began a working career as an administrative assistant for several local attorneys and courts of appeals in Amarillo. She obtained professional accreditation as an administrative assistant. June worked as a coordinator at Canyon Independent School District Community Education and retired with Northwest Texas Hospital. She was a member of several organizations such as Amarillo Women’s Foundation, Arts Unlimited, and President of PTA at Gene Howe School. Her passions included painting in her home studio and teaching. Many of her students become lifelong friends. Crafting with her twin sister was a mainstay throughout life and both made crafting together “a thing” before the current “thing”.

She was preceded in death by her brother, Larry Trotter, and her sister, Joyce Thompson.

Those left to cherish her memory are her sister, Kay West of Borger; her son, Marty Mulherin; her daughter, Kaki Johnson; her grandkids, Martin, Tvikki, and Tyler, and her great-grandson, Dresden.