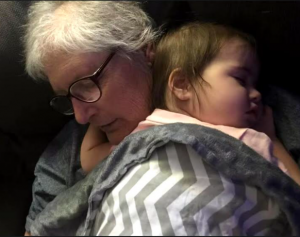 A memorial service will be held at at 3 p.m. Friday, Feb. 19, at the Alley House in Graham.

Karen was born August 1, 1955, in Plainview, Texas, to Glen Alexander and Lois Marie (Adams) Lightfoot. She graduated from Sam Rayburn High School in 1973 in Ivanhoe, Texas. Karen was a woman who held many trades, including a licensed respiratory therapist, restaurant and bar owner, and competition cook, to name a few.

Karen married Don Murrah Aug. 2, 1976, in Plainview. Together they had two children, Dionna and James. She later married Robert Wright Dec. 29, 1997, in Graham. Years after Bob’s passing, she married James Clay, who stayed and cared for her the remainder of her years.

Karen was an amazing woman who took many under her wing as her own. She was always accepting, conversational, and ready for adventure. Karen’s greatest joy in life was her children and grandchildren, whom she loved dearly.

She was preceded in death by her father, Glen, and her late husband, Bob.

She is survived by her mother, Lois Lightfoot of Graham; husband, James Clay of Graford; two children, Dionna Carr and husband Matt, and James Murrah and wife Julianne, all of Graham; five grandchildren, Whitney Carr, Addison Carr, Cameron Carr, Fierra Murrah, and Kensley Murrah. She is also survived by her half-sister, Sue Miller.