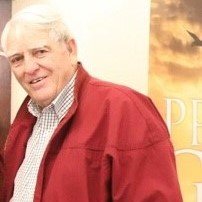 Larry was the oldest of four siblings. He graduated from Tascosa High School in 1969 and went on to work in the grocery business with Furr’s, Albertsons, and United Supermarkets,  as well as Asarco Copper Refinery.

In 1972, he met the love of his life, Janet Collie. They were married on July 6, 1973, fulfilling the promise that he made to her the first time he ever saw her. Together they welcomed two daughters into the world.

Larry was a master cabinet and furniture builder, he loved working with raw lumber and turning it into something beautiful. Larry loved to fish and shared his love with his family and especially his grandchildren. Larry made sure his daughters knew how to drive in a snowstorm, drive a stick shift, change a tire and the oil in a car. He made sure that his girls were strong and resilient and made sure they knew “can’t can’t do nothing” so that they were never afraid to try anything and they were never allowed to take the easy way around anything. The strength of his girls was his joy.

When Larry became a Papa, he entered into a whole new realm of awesomeness. He would take the grandbabies to dance in the sprinklers near Medi-Park until security would chase them away, take them on fishing trips whenever possible and jump out of any swing he could, as soon as he got it as high as he could. He always thought he was funny and always had something to say. He enjoyed every volleyball, football, baseball, and softball game he attended. He was looking forward to the next generation with his great-grandbabies, as soon as they were old enough to go find some trouble.

Larry loved the Lord and helped teach Sunday school at The Church at Bushland for a while. As he got older, or more experienced as he preferred to say, his hunger and passion for the Bible grew. Larry’s last days were spent fighting while he prayed, praising Jesus, and continuing to pass on wisdom. His last moments included talking about the buffalos, casting a fishing pole, and fishing with Papa. He was in his happy place.

Larry was preceded in death by his mother, and his brother, Kenneth Holmes.

The family would like to thank Karen Grove, United Supermarkets #529, and Chamber Cook-off Champions for their love and support during this time.