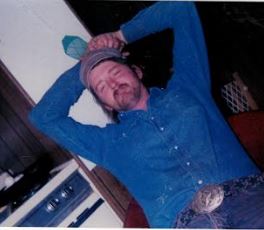 Lloyd Baker, 58, of Amarillo, passed away December 21, 2022. He was born September 14, 1964, in Amarillo, Texas to Addie Sue Day and Carl Williamson. He was immediately adopted by aunt Dorothy and uncle Louie Baker, who he knew as his mom and dad.

Lloyd was skilled in many things in life. He was a jack- of-all-trades, but he was a master in welding, and that was his passion. He was very talented and could turn someone’s trash into treasure. He was a brilliant man. Lloyd enjoyed country music, especially Garth Brooks and Alan Jackson.

His love for his grandchildren transformed him into the most amazing Papa. Although Lloyd had made mistakes in his lifetime, he spent the past few months trying to make amends with people he loved. Most importantly, he had reaffirmed his relationship with God and was secure in that knowledge.

He was preceded in death by his biological mom, Addie Sue Watson; his dad, Louie Baker; his sister Maurice Sands; his biological sister, Barbara Meeker, as well as his grandson, Aremy, Jr.