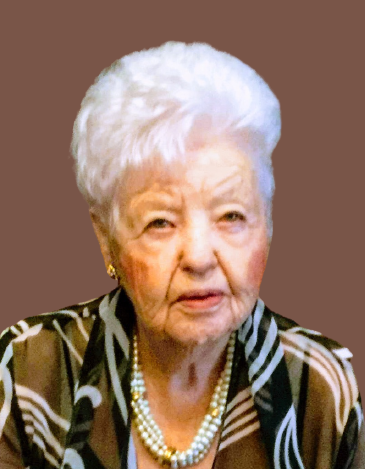 Deuteronomy 33:26 There is no one like the God of Jeshurun who rides across the heavens to help you and on the clouds in its majesty.

Lois Margaret Ritchey Simmons Ballew, 98, of Amarillo, Texas, peacefully went to be with Jesus on Thursday, October 14th, surrounded by her loved ones at home.

A Celebration of Life/Memorial Service will be on Saturday October 23rd at 2:00 in the afternoon, in the Parlor at Trinity Baptist Church, 1601 I-40 West, Amarillo, Texas.

Lois was born on September 17, 1923, to James Albert and Cordelia Estella Savanah Golightly Ritchey in Abernathy, Texas. She was the eighth of ten children and inherited a love for music and singing. She was a beloved wife, mother, grandmother and sister. She is fondly remembered by all as an amazing cook, especially famous for her brown-sugar oatmeal, homemade biscuits & gravy, potato salad, apricot fried pies and turkey dressing….mmm!

Whatever Lois was doing or wherever she was going, you would find her singing along to her favorites; Vince Gill, Eddie Rabbitt, Willie Nelson and Mike Ballew. She had a sharp mind and quick wit, often used to shamelessly defeat anyone willing to play against her in 42 or Hand-n-Foot. Her laugh was contagious. Whenever she would get tickled, recounting stories from her life, you would find yourself laughing even before she finished the story. She may have been petite in stature but she was fierce when it came to dealing with ornery snakes or other unwelcome varmints. She kept a pistol tucked in her pocket whenever she went out for her walks, just in case. She loved red doors, red shoes, and red roses, chunky jewelry and looking her best. She was generous with hugs and “I love you” and will be dearly missed.

Those left to cherish her memories are her daughter, Tona DeBord and husband Neal of Amarillo; her son Jack Simmons of Las Vegas, Nevada; her sister Betty Mills of Lubbock, Texas; her grandchildren, Kyme Mariner and her husband Dwayne of Tarzana, California, Mark Simmons and his wife Nicole of Las Vegas, Nevada, Lesli Phulwana and her husband, Percy of Makahlule, South Africa, Mandy Simmons of Taos, New Mexico, Tami Berckenhoff and her husband Mike of Spring, Texas; two step-grandsons, Randy Whitworth of San Antonio, Texas, and Paul Riskus of San Antonio, Texas, along with many cherished and loved great and great-great grandchildren.