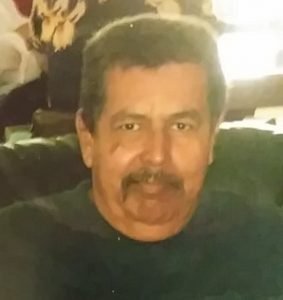 Manuel proudly served in the United States Marine Corp.  Manuel was well known to many as a cab driver until he retired from Jack and Son’s Taxi.  He loved reading books written by his favorite author, Dean Koontz.  No matter where he went, someone would always stop him to talk because everyone knew him.

He was preceded in death by his father, Lou Sr. and his mother, Orline, and his three brothers, Joe, Johnny, and Lou, Jr.

Manuel is survived by his brother, Richard Ybarra, Sr. and his wife, Connie; his three sisters, Rosa Garner and her husband, Tommy, Guadalupe Figueroa and her husband, Raymond, and Janie Ybarra, all of Amarillo, as well as several cousins, nieces and nephews.

“For God so loved the world, as to give his only begotten Son; that whosoever believeth in him, may not perish, but may have life everlasting.” John 3:16