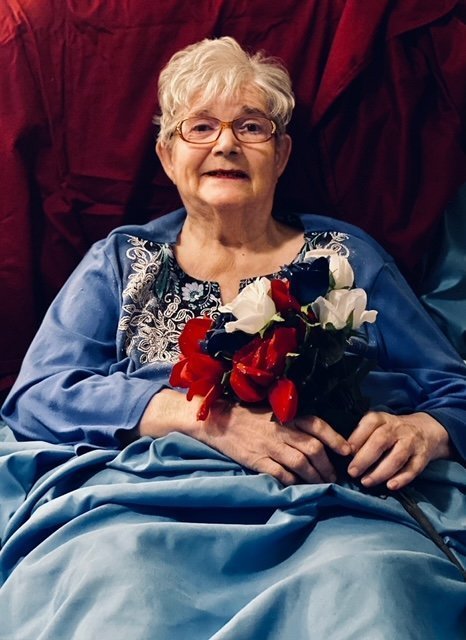 Nell Ruth Orr “Nellie” Schuster, 81, of Amarillo went to be with Jesus in her heavenly home on August 2, 2021.

A funeral service will be held at 10:00 a.m. on Friday, August 6, at St. Stephen United Methodist Church, located at 4600 S. Western Street.  Interment will follow at Llano Cemetery.  Arrangements are under the personal care of Lighthouse Funeral and Cremation Services.

The family will receive visitors from 9:00-10:00 on Friday before the service.

“Nellie” as she was known to many family members, was born in Blair, Oklahoma on June 29th, 1940.  First child of Harold and Ernesteen (Gee) Orr and was very active in Buenavista Baptist church in Borger. She married Church of Christ minister George Schuster in San Marcos, Texas in June of 1963. She and her husband served in many churches throughout Texas. They also served in Dauphin, Manitoba, Canada where they met Queen Elizabeth and Prince Phillip during the Canadian Centennial ceremonies. They continued to serve together in churches for 25 years until his death in 1988.

Nellie graduated from Borger High School, earned her Bachelor’s of Science in Nursing at Texas Christian University and Master’s Degree in Education from Sul Ross State University. She continued to work as a registered nurse in various capacities, but loved to teach nursing students.  Nellie taught LVN school in Del Rio, Texas and Certified Nursing Assistants at Frank Phillips College in Borger.

Throughout her life and nursing career Nellie won many awards including; leadership awards in college and The Distinguished Women’s award from the Tri-State Golden Plains Girls Scout Association. She also served as a girl scout leader for many years.

Nellie was preceded in death by her parents; Mr. and Mrs. Harold W. Orr; her husband, George Schuster; a son, Benjamin Schuster, and a brother, James “Jimmy” Orr.

Those left to cherish her memory include; her daughter, Christina Taylor and her husband Brian of Amarillo; siblings H.F. “Sonny” Orr and wife Fannie of Borger, Harold “Junior” Orr and wife Celise of Clyde, Texas, and sister-in-law Barbara Orr of Wichita, Kansas.  She is also survived by her precious grandchildren Kendall Weller and wife Brittney, Kelton Weller, Katelin Mitchell and husband Cody, Brian Keith Taylor; great-grandchildren,  Kennedy Mitchell, Alyssa Taylor and Joey Taylor, along with many nieces, nephews and cousins.