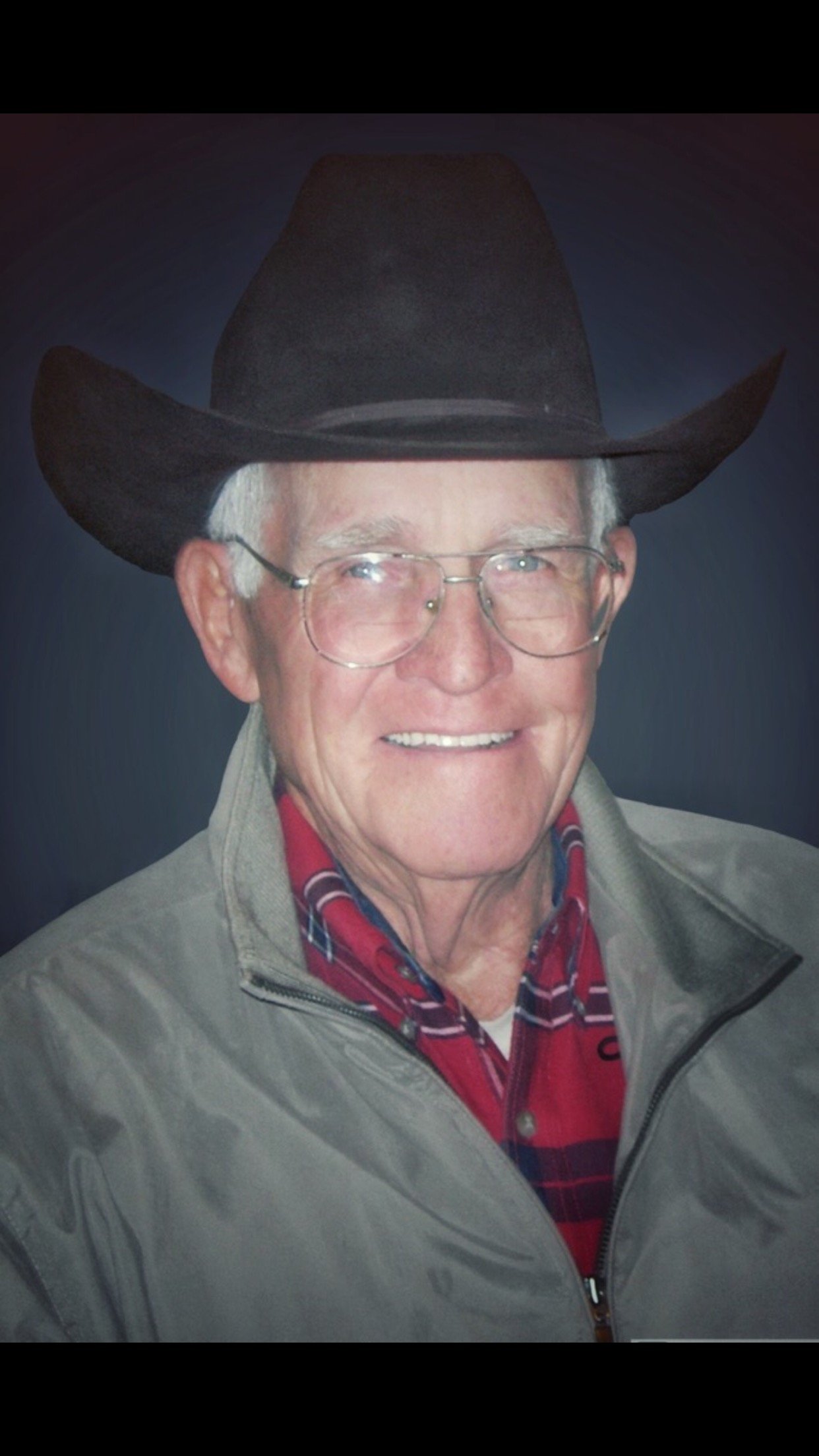 Bob was born at “home” on March 24,1930 to Benjamin Franklin and Iva Ellen (Wallen) Priddy in Jackson County, Oklahoma. Bob started life working hard on his family’s farm picking cotton and plowing fields, but he always found time to hunt, fish, trap, and to tease his sisters. He excelled playing sports, first at Cameron College and then on a basketball scholarship at New Mexico State University. He was drafted by the St. Louis Cardinals baseball team but opted to play basketball for the Baltimore Bullets. He married Barbara Ann McDougal in 1952 and settled in Kirtland, New Mexico where he became a beloved father. He was also an inspirational coach and teacher at Kirtland Central High School for over twenty years before retiring and moving to Texas.

In 1974 Bob married Geneva McDaniel and they built a life and family together in Valle de Oro where he was a farmer, cattle rancher, and leader in the area for more than forty years. He continued motivating young people at Cal Farley’s Boys Ranch before retiring.

Bob was loved and adored by his family, friends, and community. There are few who held a more positive attitude. He wished the best for everyone he encountered and was always there to lend a hand, to sit and listen, and to offer gentle guidance infused with his quick wit. He graced those he loved with his undivided presence. His strength and unconditional love will be deeply missed.