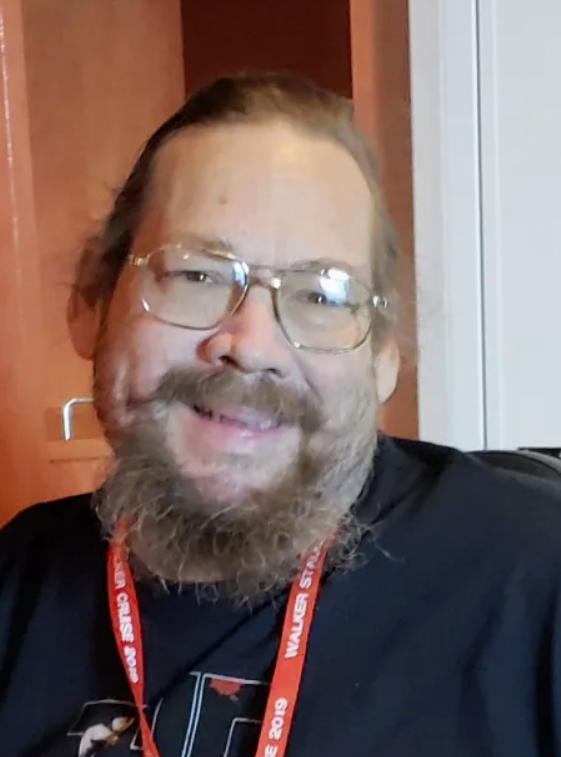 He was very active in his beloved Amtgard community from recruitment and service drives, to helping ensure new people had crafts and weapons they needed for the game. He enjoyed sharing his love for Amtgard and joy in the game with anyone who looked like they might be curious as to why he was wandering a store in garb. He also met Elisa through the game and together they continued to help shape and influence Amtgard in North Texas and California for most of his life.

Robert was a loving family man who took pride in his children. He encouraged his sons to get into music and made sure to acknowledge and emphasize how proud he was of their progress. He even put in a lot of work to be able to join both of his children playing tuba together in a Tuba Christmas event. He only ever wanted Robert and Andrew to do and be better than him and have a better life than he did, and he loved trying to help them both as best he could with any issue.

Robert loved his wife Elisa deeply and was always trying to find interesting and fun things for them to do together. He enjoyed watching competition reality shows with her and finding the next great co-op Fantasy RPG video game for them to play together. In recent years, they began traveling and exploring more by going on a Walking Dead themed Cruise and attending various concerts. They have also been there for each other through their many medical events.

He is survived by his wife of 29 years, Elisa Mott; his children Robert Mott Jr. and Andrew Mott; his sisters, Michele Rupe and Melinda Chance, as well as many cousins, nieces, and nephews.