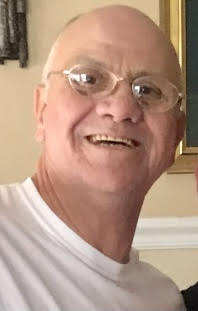 A Memorial Service will be held September 17, 2022 at 11:00 a.m. at the Arena of Life Church, 8827 South Washington, with Pastor Travis Bennett officiating.

Roy was born on October 8, 1959 to S.B. and Vera Jones in Amarillo, Texas. Roy grew up in Amarillo where he attended Caprock High School. He then became a professional painter and was one of the best at his craft. There wasn’t anything he couldn’t fix. Roy was one of the best souls you could ever meet and would help anyone with anything that he could. He loved kids and was the best uncle. He loved fishing and his family, especially his sister, Shirley and his grandson.

Roy was preceded in death by his parents, S.B. Jones and Vera Jones; his brothers, James, and Billy Jones, and his sister, Linda Jones, all of Amarillo, Texas.

Those left to cherish his memory are his sister, Shirley Woolsey and husband Mike, of Amarillo; his daughter, Tiffany Banigo and husband Segun; his grandson, Kymani Banigo, all of Amarillo. He is also survived by many nieces and nephews.

In lieu of flowers, the family suggest memorials be made to Victims Against Violence.