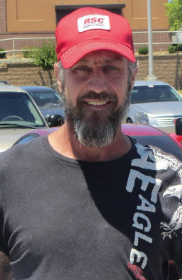 Timothy Brian Bailey, age 56, of Amarillo, Texas went to be with his Lord and Savior surrounded by family on September 13, 2022. He was born May 1, 1966 in Childress, Texas to Sharon Bailey and the late Jerry Don Bailey.

Timmy loved his family and he loved to fish. He was a welder by trade. He had two dogs which he called Boy and Girl. He was a proud father to his son and his three grandchildren.

In lieu of flowers, the family suggests memorials be made to the Amarillo Humane Society.