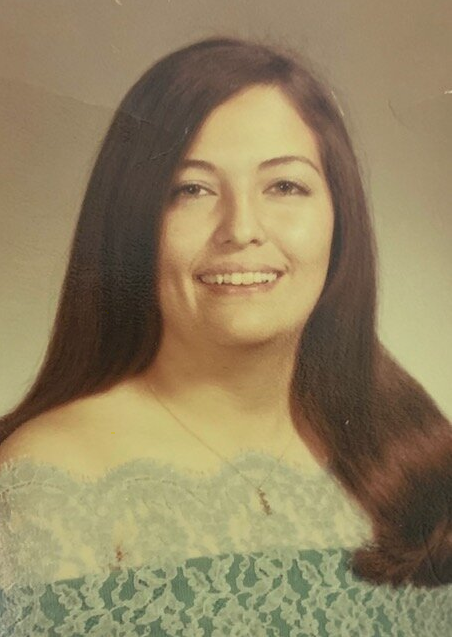 Virginia Juanita Rosas, known affectionately to her loved ones as Ginger, passed away on June 15, surrounded by her brothers and sisters.

Born in Amarillo, Texas, in 1952, Ginger was the first-born child of Lupe and Antonia Rosas. She graduated from Alamo Catholic High School in 1970. Ginger was a member of Gamma Sigma Sigma, a service sorority at West Texas State University in Canyon, Texas, where she graduated with a bachelor’s degree in 1974. She earned her master’s degree in social work from New Mexico Highlands University in 1983.

Ginger led a loving life dedicated to the service of others which was evidenced by her choice of sorority in college, the career path in social work she chose for herself, and the way she selflessly cared for her younger sisters and brothers, nephews, nieces, and really, everyone she met.  She viewed everyday of her life as a new opportunity to help, serve, and love people.

Before moving back to Amarillo to care for her mother during her mother’s final years, Ginger lived in Abilene, Texarkana, and ultimately, Paris, Texas. She fell in love with the community in Paris where she was an active volunteer and board member of the YWCA Paris, an enthusiastic member of a local chapter of Toastmasters International, and a Sunday school teacher at Our Lady of Victory Catholic Church.

Ginger was preceded in death by her father and mother, and is survived by her siblings Victoria Martinez, Veronica Rosas, John Rosas, David Rosas, and Michael Rosas.

The Rite of Christian Burial will be celebrated at Our Lady of Guadalupe Catholic Church, 1210 SE 11th Avenue, on Saturday, June 20 at 3:00 p.m.

Afterward, the family will receive guests at 1509 South Cleveland Street.