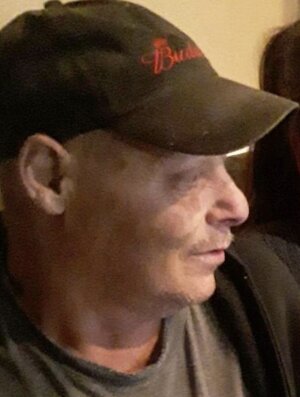 Warren Dale Upton, 60, of Amarillo passed away on Monday, July 27, 2020 surrounded by his loving family.

In 2009, Warren retired from Affiliated Foods after twenty years of service. Warren was a good, kind man. His sense of humor was priceless, and he always made people laugh.

He was preceded in death by his parents; his brothers, Mike Boyd and James Upton.

Those left to cherish his memory are his bride of 40 years, Donna; one son, Jason Upton and wife Jennifer, of Amarillo; two daughters, Chasity Upton and Angela Upton, both of Amarillo; six grandchildren, Donna Rose, Kylie, Chelsey, Josh, Chloe, Jaxson; and one great-grandson, Eddie Ray Johnson.

A celebration of life service for Warren will be held at 10:00 a.m. on Thursday, July 30, 2020 at Botanical Gardens, 1400 Streit Drive in Amarillo, with Randy Srader officiating.

Arrangements are under the personal care of Lighthouse Funeral and Cremation Services.